William “Wick” Nelson Searcy died on Sunday, December 3, 2018. At a young age, Wick brought a sense of duty and responsibility into whatever he sought to achieve. An Eagle Scout by age thirteen, Wick set about on a life marked by achievement. After graduating from Thomasville High School, Wick’s stellar academic record and love for the Bulldogs brought him to the University of Georgia, where he earned a Bachelor of Arts in Economics in 1964. Wick attended University of Georgia School of Law and graduated in 1967. Wick then obtained a Masters of Law in Taxation from Washington University School of Law the following year.

Soon thereafter, Wick joined the firm and practiced at the firm until his death. In addition to being an exceptional lawyer, Wick also achieved the rank of Major General in the Georgia Air National Guard and Commander of the 165th Air Wing, where he displayed a singular appreciation for the men and women in uniform who sacrifice their time and lives in service to their county. He retired as the Commander, Georgia Air National Guard and Assistant Adjutant General, Air.

Wick was rated as an AV Preeminent attorney by Martindale Hubbell for over 30 years. Wick Searcy was beloved by all who had the privilege of working with and for him. 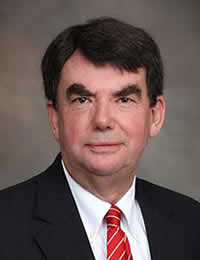