A cum laude graduate of Washington & Lee School of Law, Garrett has worked as in-house counsel at Rolls Royce North America, interned at the Maryland Office of the Public Defender, and clerked for the Hon. H. Gregory Fowler in Chatham County State Court. Prior to joining the firm, Garrett worked as an associate at another Savannah law firm, where he had the opportunity to assist in representing one of the world’s largest multinational hotel chains in a high-profile, multimillion dollar wrongful death case in Chatham County. He has since continued to make civil litigation defense the primary focus of his practice.

Garrett is licensed to practice in the State of Georgia and the Commonwealth of Virginia. When he’s not litigating civil matters, Garrett serves as appointed defense counsel in federal criminal cases in Georgia’s Southern District Court and volunteers as a member of the Savannah Community Foundations’ Emerging Leaders Committee. From multinational Fortune 500 companies to indigent criminal defendants, Garrett’s clients value the empathy and integrity he exudes in his approach to the practice of law. 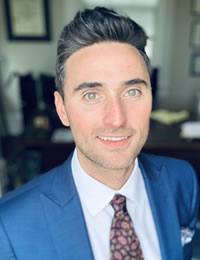